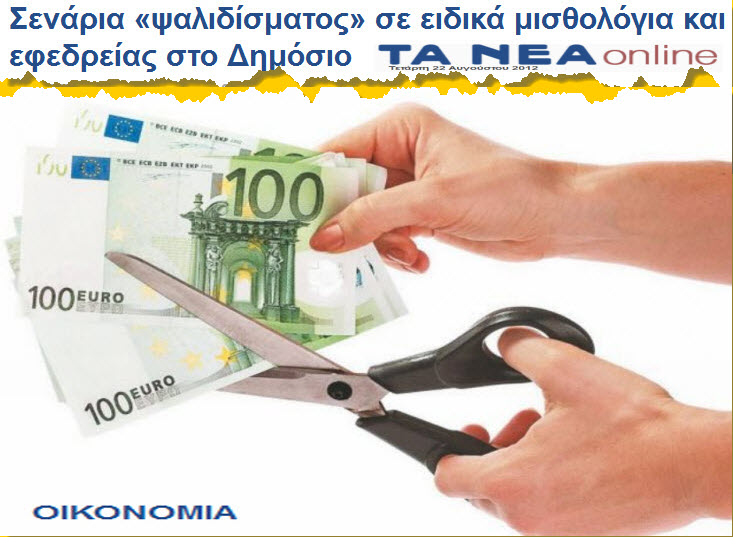 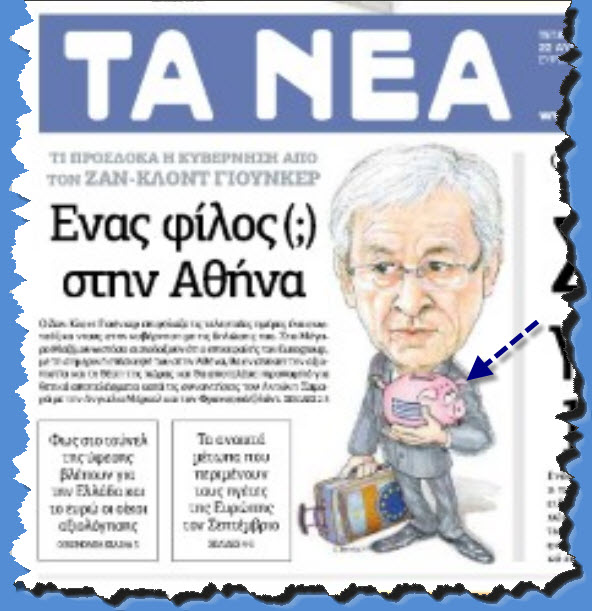 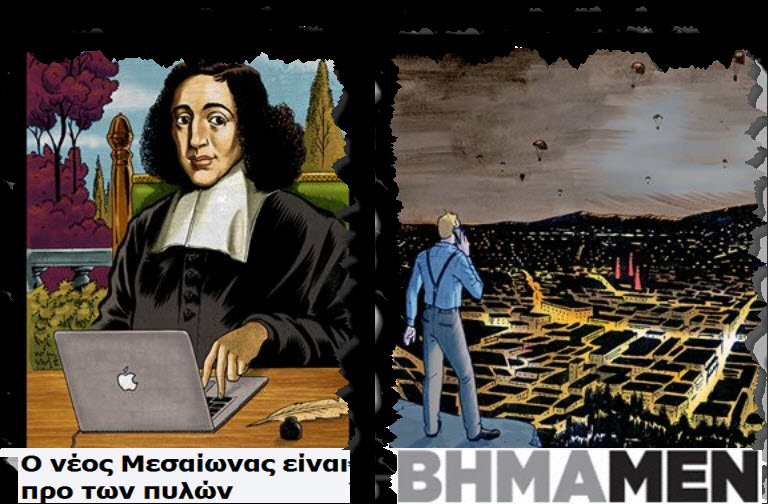 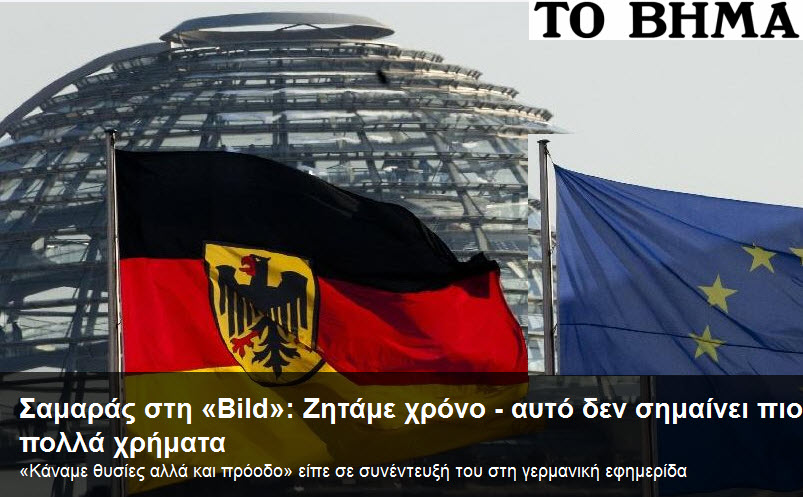 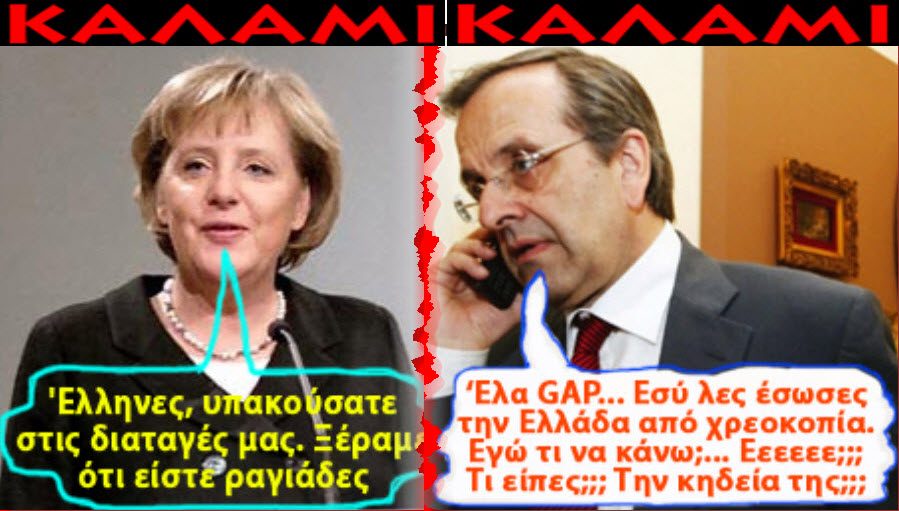 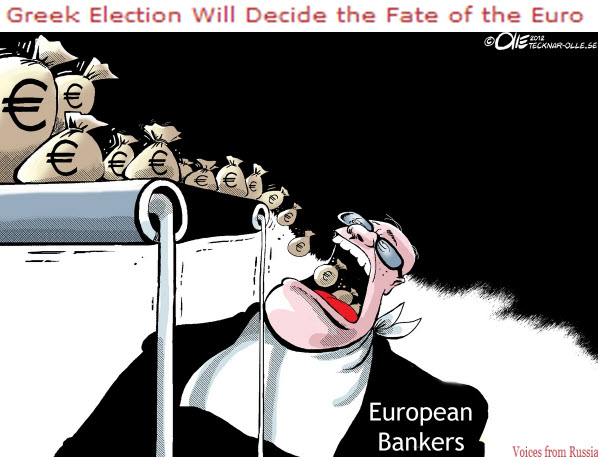 Ta Nea: Cutbacks / piggy bank  hits the road / To Bhma: return of the Dark Ages? / Samaras sees victims / Kalami: While Merkel gives orders / Tecknar Olle in Voices from Russia: Who will win in the end?

Greek Prime Minister Antonis Samaras preceded his trip to Berlin this morning with a nightmarish prophecy. If Greece exits the Eurozone, he warned, it will fall into a deep recession. The standard of living will plummet by 70 percent. Protest and violence will haunt the country. Democracy could not survive all of this. Circumstances in Greece would recall the Weimar Republic.

From his narrow point of view, Samaras’ stance makes sense. He came into office vowing to keep Greece in the Eurozone at all costs. His political future depends on extending the country’s bailouts. (Incidentally, it is irrelevant whether Greece gets more money now or just an extension to pay its debts. Time is money, after all, and taking longer to implement austerity means that Greece will soon face another liquidity crunch. The bottom line is that Athens will need more cash.)

But there is an alternative, more promising route. Under this scenario, Greece would recall its own highest virtues. It would create its own recovery program independent of European diktats. It would draw on its own reservoirs of talent to start new businesses and whip old ones into shape.

This is a matter of attitude. If Greek leaders make their case with confidence, the difficult task of economic reconstruction can be mastered. Of course, success will also require a healthy devaluation that would make Greece attractive to investors. Not to mention rapid, comprehensive reforms that make the country competitive again. But the point is that these are measures Greece can only swallow if they are homemade. It is pure myopia to think that Germany and the EU can save Greece. That task is up to the Greeks.