Israel-haters be patient – the implosion is coming anyway 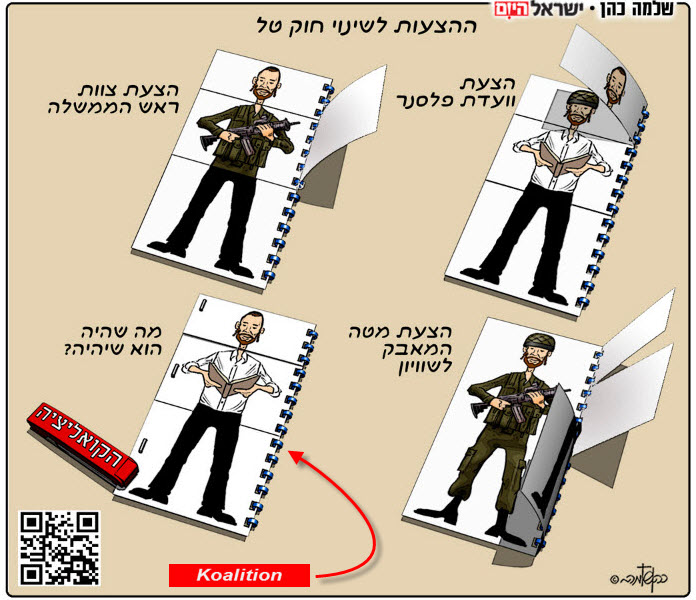 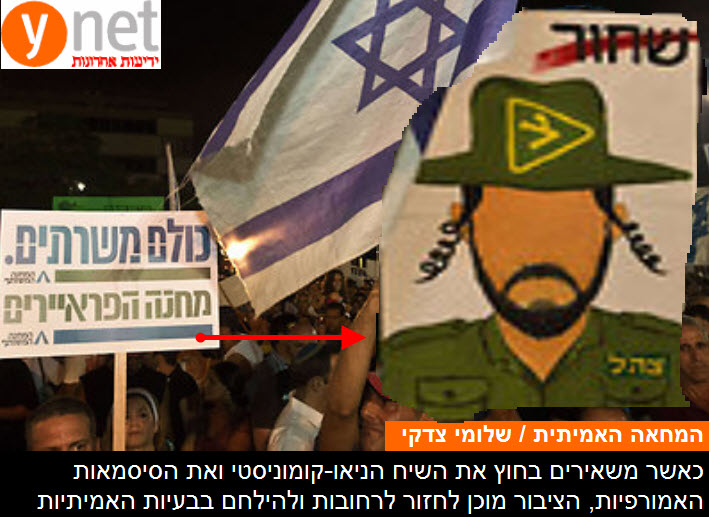 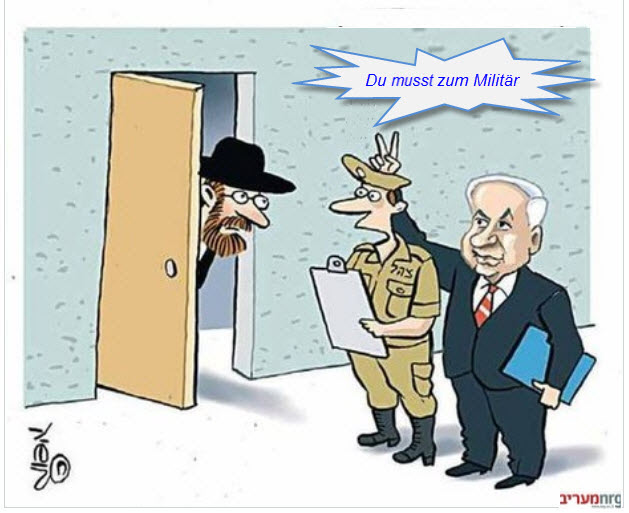 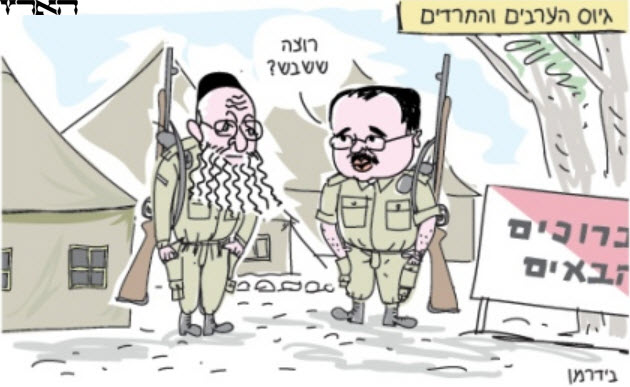 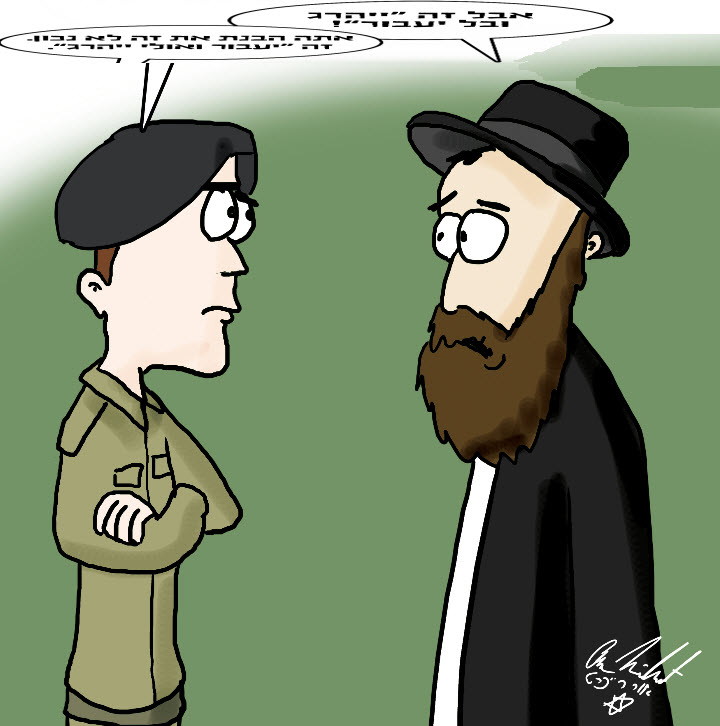 Shlomo Cohen in Israel Ha’yom: Don’t hitch your fortunes to a coalition with the ultra-orthodox / Yediot: EVERYBODY must serve / Moshik in Ma’ariv: Let’s get serious / Amos Biederman in Ha’aretz: Haredim and Arabs in fatigues / Or Reichert: Talk it out / Elchanan Ben-Ori in Srugim: …because we’re carrying big responsibilities

For non-Israelis, the debate gripping the Jewish state these days may be hard to follow. I nonetheless want to try and offer a few insights into a complex issue that threatens to bring about the collapse of Israeli society in the foreseeable future. So stick with me!

For a German version of this contribution please click HERE

Contrary to popular opinion, the Arab-Israeli conflict is not Israel’s chief problem. The Jews’ presence in their homeland has been contested since antiquity and was frequently tested by war. But it is not the enemies of Israel who have twice succeeded in destroying a Jewish state in the Holy Land. It was division amongst the Jews themselves that ultimately brought about these failures.

Of course, most of the world’s attention at the moment is riveted on Israel’s external security challenges. The Arab world is in transition. All the signs point toward a rising force of Islamic radicalism. Moreover, all Arab states – including moderate and westward-oriented people and institutions – insist on the so-called “right of return” of Arab refugees. What they mean de facto is converting Israel into an Arab state – hardly a solid proposal for reconciliation and peace.

But Israel’s deepest dilemma is homebred. The difficulty is that growing portions of the population do not fully participate in labor and production. Now, they constitute about 30 percent of Israelis. By 2030 they will be almost 50 percent if current trends hold. It is (as we say here in my base of Germany) as certain as the amen from the pews. This will also be the point at which Israel will cease to exist as a modern economy, open society, and state. This self-destruction is wired into Israeli society and politics. It will happen without Israel’s enemies firing a single shot.

The current crisis in Israel is about defusing this bomb. Is it possible? Yes – if there is the will. But the representatives of those population segments that do not carry their fair share remain vehemently opposed to a change in course. They are the ultra-orthodox Jews on the one hand and the Arab minority on the other. The two groups could hardly be more different in most of their fundamental beliefs – but when it comes to equal burden-sharing, they seem to see a common interest in blocking the necessary reforms.

The reforms on the agenda are quite simple. Every citizen of Israel should work for a living and be taxed on those earnings. The relative poverty among orthodox Jews and Arabs should no longer be palliated by state subsidies, but by greater participation in the labor market. And – to come to the specific point under debate this week – both orthodox Jews and Arabs must finally agree to serve in the military or perform an alternate civil service. Only if these conditions are met can Israel’s demise be averted. Preventing implosion is in the interest of all Israelis – especially those who still live on the state’s dole.

Mishmar Ha’emek: a place where Socialism can work after all

Obama in my hometown