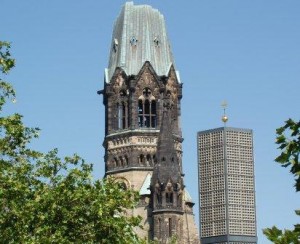 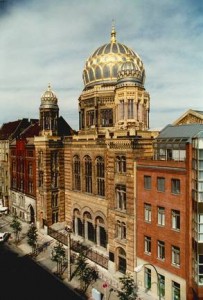 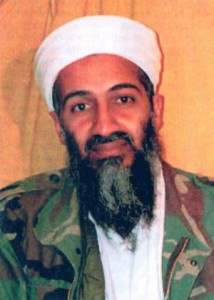 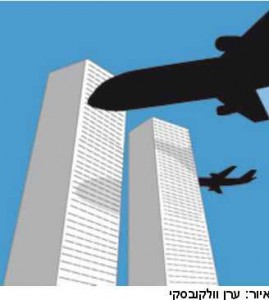 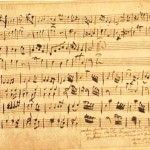 The last thing they had in mind was the kind of contention generated by conductor Daniel Barenboim, who last week said he would not perform in front of Ariel Sharon. All this group sought was a musical gesture that would help, if even only modestly, promote interfaith reconciliation.

So it was that on a warm evening recently, opera with an Oriental tinge was brought to a nondescript building in Berlin's Kreuzberg section, where the audience snacked on Mideastern buffet food and milled about on the street shortly before the performance began in a dimly lit prayer room underneath Islamic murals. It was the latest show in a mercurial production of the great composer's Abduction from the Seraglio.

Alas, the opera was marred by an unexpected argument between its directors: How political can a Mozart performance be?

The opera, whose promotional material featured a child's drawing of a burning airplane flying into a skyscraper, aimed to spread a message of tolerance and explore the notion of a clash between cultures after September 11.

'You don't have to do a lot of interpretation,' says conductor and co-producer Christoph Hagel. 'The opera is about Western people who come into contact with Orientals. The situation is analogous.' Another goal, he says, was to find out how Western society can respond to the depth of fundamentalism that led to the attacks.

'Is there something in the West that can reply to this unbelievable force?' he asks.

But the producers' bold idea, which turned into a long struggle to find fitting venues and adapt the show for each one, became a sudden crisis when director George Tabori quit after opening night.

Tabori explains he left because Hagel attempted to force a message into the music and 'to take the whole thing over.' Tabori, who was born to a Jewish family in Hungary and spent years in New York and Hollywood, now says he disagrees with the airplane image and the notion that Mozart's work is an appropriate response to the terrorist attacks.

'I think Mozart and the music has not very much to do with these political ideas he's trying to express,' Tabori says of Hagel. 'It has nothing to do with September 11.

'I'm not sure that tolerance, about September 11, is what one wants to say,' Tabori says. Squeezing messages out of the opera, he says, shows 'disrespect' to the music.

The opera's story culminates with the generosity of an Oriental sultan, who has captured the daughter of his brutal archnemesis and has the chance to kill her and her friends in revenge. He has fallen in love with the heroine, however, and sets the entire group free.

It was decided that the theme of love triumphing over revenge and cultural conflict would stand out most clearly through performances in original places of worship.

Initially, though, the production team wanted to perform the Seraglio only in a mosque.

The intent, co-producer Thorsten Weckherlin says, was partly to emulate the gesture US President George W. Bush made on September 17 when he visited a Muslim house of worship.

THE ONLY problem was that nobody would have the Seraglio. Most communities were worried by the idea of Christian music being played in a mosque, fearful of the reaction from extremists, or simply disturbed by the thought of a performance where they worship. One mosque agreed to host the production, but pulled out at the last moment when its leader received a death threat.

The producers decided to spread their effort among three religions and finally found a Muslim community that would take them in for a little while: the Alawites, a group apart from the Shi'ite and Sunni traditions that differentiates itself in part by its rejection of the shari'a Islamic law.

Their Kreuzberg building will host the remaining performances of the opera.

Major tourist attractions were chosen for the other venues. They are the historic Kaiser Wilhelm Memorial Church, which is still severely damaged from the Second World War, and the New Synagogue, which has become a symbol of the blossoming capital and is topped by a golden dome visible far across the roofs of the city.

Weckherlin says he would be interested in bringing the opera to other cities, including Jerusalem and New York.

The variety of venues has made for significant differences in each performance. The opening show at the Memorial Church, still under Tabori's direction, was lambasted by critics. After Tabori left, his associates decided to press on, and significant changes were in evidence by the time the opera moved to the synagogue for the second set of performances. Those shows reaped far kinder reviews and bigger audiences.

Critics have largely ignored the opera's didactic ambitions and focused instead on the performances themselves. The first show, in the Memorial Church, was judged in part to have suffered from poor acoustics and sparse stage directions that kept most of the characters rigidly seated.

The only exception was the male lead, Mathieu Carrière, who drew criticism for antics that were often improvised. Reviews of the synagogue performance were better: the acoustics had improved, and the characters moved more freely.

Sylvia Koke, a soprano who plays the captured heroine Konstanze, agreed that performing in the synagogue was 'completely different' than appearing in the church.

At a recent performance in the synagogue, Koke and the cast sang over the occasional shrilling of streetcar bells and under the feet of the orchestra.

The instrumentalists were cramped onto a balcony running the perimeter of the room, and the audience sat just a meter away from the stage.

Koke says that at rehearsals Tabori emphasized respect for the places of worship. The restraint of Tabori's stage directions and the simplicity of the makeshift sets, Koke says, make it much easier to focus fully on the music and the lessons it might deliver.

'My feeling was that through this, the music has to be most important,' Tabori says. 'What [the opera] says is less important than the music.' According to Hagel, the conductor with whom Tabori had the break, such sentiments offer an answer to the project's deepest questions.

Tabori's thought, says Hagel, is emblematic of a 'humanism' that is the West's 'best answer' to questions raised by its own secular lifestyle and the fundamentalism found in other societies.

'At the end,' Hagel says, 'what remains is Mozart.'