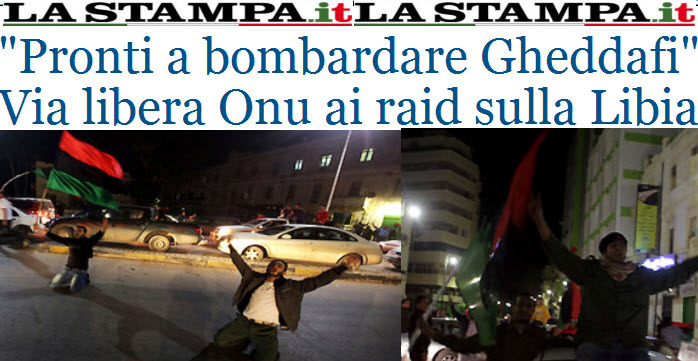 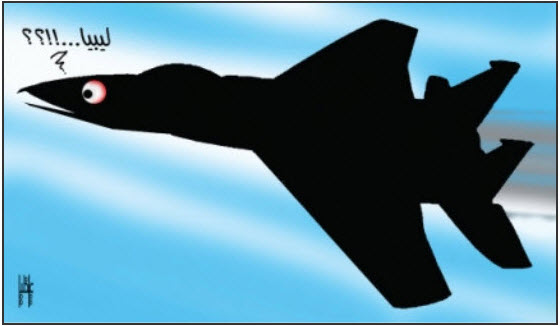 I come from the Arab world. I have an Egyptian birth certificate – written, of course, in Arabic. So, as a Jew of oriental origin, I’m going to jump into this debate. I’m going to offer a criticism that should also be understood as self-criticism. These words are directed at Arabs, who share my hope that the region finally achieves progress, that it will finally become a place where freedom and human rights are respected.

The members of the Arab League are demanding the establishment of a no-fly Zone over Libya to prevent further murders of civilians. But why should this request go to the U.N.? Why to the West? Why the U.S.? Why don’t the Arabs take action themselves to save their Arab brothers and sisters in Libya?

Many Arab countries have modern armies equipped with excellent jets – think of Saudi Arabia, or Syria, or Egypt. The latter, by the way, is not only the largest Arab country; it also commands the largest military in the Middle East. Egypt shares a border with Libya. The general secretary of the Arab Leageu, Amr Moussa, is Egyptian himself (and has presidential ambitions.)

The Egyptian Air Force could reach Benghazi within minutes. Together with its Arab League counterparts, Egypt should be able to set up at least a limited no-fly zone, or – perhaps better – cripple the Libyan air force with a series of strikes. There is absolutely no reason to draw the Americans and the Europeans into this fight. The Arab states have the means to save Arab people in Libya. They should do so.

Yes, The Arabs DO HAVE the capabilities to take action on Libya!

Click here for a German version of this contribution