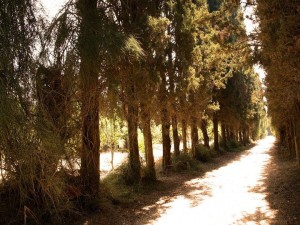 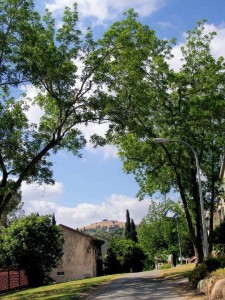 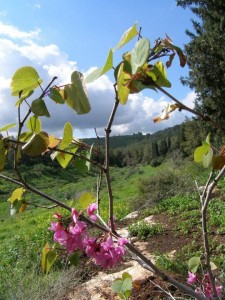 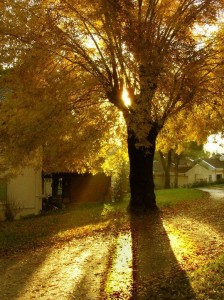 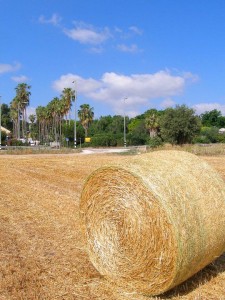 Israel was built in places like Kibbutz Mishmar Ha'emek, a hilly village whose roughly 1,000 residents share a view of the northern Jezreel Valley - and just about everything else you might need in life.

Assets here are jointly owned, from cars to homes to businesses. All members get the same annual stipend, and those who work outside the kibbutz give their entire salaries to the village. I recently spent five weeks working in the communal laundry, washing my neighbors' clothes and watching 21st-century socialism in action. In my next few posts, I will describe some of what I have learned.

This year marks the 100th anniversary of the kibbutz movement, which established scores of farming communes in the Holy Land with the goal of marrying Zionism to socialism. But it's a bittersweet birthday. Since the 1980s, economic pressure and cultural changes have brought a bourgeois revolution to Israel's iconic villages. More than two-thirds of the roughly 270 kibbutzim have undergone significant liberalization, such as replacing equal pay with salary scales. Among them: Degania, the first kibbutz, whose founding is the basis for the centennial celebration. Mishmar Ha'emek's residents celebrated the agricultural holiday of Shavuot at a ceremony in mid-May.

These changes have helped many kibbutzim to start growing again after years of losing members. But Mishmar Ha'emek (Guard of the Valley) has thrived by sticking to the traditional model. The kibbutz held out through an economic slump, pressure from its lenders, and above all, a neoliberal Zeitgeist that made its way of life seem more and more outmoded. For towns and villages facing similar challenges in the wake of the financial crisis, the lesson here is not to become socialist. It's simply that a community that knows what works for itself can prosper despite what the rest of the world thinks.

When my grandparents immigrated to Israel from Egypt 60 years ago with seven young children, they came to Mishmar Ha'emek. At the time, this was a poor farming community with Spartan housing and communal showers. Today, the accommodations range from comfortable apartments to generous standalone homes, showers included. People get around on electric carts (there's also a dog who likes to hitch rides). Children go to free daycare, and afterwards they can visit the cows, run around the playgrounds sprinkled throughout the village, or traipse through the forest that settlers planted here. Elderly members who cannot care for themselves live in a nursing home in the center of the village. Perhaps as a result of this pastoral plenty, Mishmar Ha'emek is bursting at the seams. A new neighborhood is under construction and young families are everywhere. Driving the prosperity is Tama, a successful plastics business I will write more about in my next post.

You might say Mishmar Ha'emek is socialist because it can afford to be. But other kibbutzim with lots of money gave in to privatization, so something more is at work. Cultural factors loomed large in conversations I had about the tenacity of the old values with Dani Zamir, a sociologist who lives on the kibbutz.

In my few weeks here, I met enough amateur writers, painters, musicians and photographers to fill a block in Brooklyn. Even the exterior walls of the concrete bomb shelters have decorative engravings. Kibbutzniks told me this abundance of the arts gives them a sense of tradition and unity. That feeling, in turn, gives them confidence in their system.

Pride must also play a role. Mishmar Ha'emek was home to important leaders of the kibbutz movement, including at least five members of the Israeli Knesset. Moreover, the village now finds itself in the minority of kibbutzim that have managed to remain thoroughly socialist, which has only increased its prestige. (Incidentally, Mishmar Haemek usually calls itself shitufi, or communal, rather than "socialist," a term seen as marred by the dictatorships of the Soviet bloc.)

Every Sunday at 9 p.m., dozens of people gather in the dining hall here for the weekly "kibbutz discussion," where members vote on all big decisions. (Those who don't show up can watch the meeting on TV and cast their votes online.) The majority rules, but residents go to great lengths to achieve consensus, Dani told me. That approach privileges moderation over radical solutions. It also probably helps minimize the petty grudges that can snowball into a counter-revolution.

Holding onto socialism also means getting buy-in from generations raised in the MTV and cell-phone eras. At Mishmar Ha'emek, they have neither fled in large numbers nor turned against the system. Twenty- and 30-somethings pack the grain-silo-turned-pub on some nights, and most are believed to be solid votes for keeping the kibbutz's existing model. That is no accident, resident and former Knesset member Imry Ron told me. "We did everything to hold young people," he said. The kibbutz pays for their studies, on the condition that they spend 100 days a year working here. If they settle here, they have the opportunity to get big jobs in the village at a young age, including grooming for management at Tama. Finally, though this place has lost much of its ideological rigor, kids here still get introduced to the old values. As Ron said: "In Mishmar Ha'emek, we aren't afraid to talk about ideology."

Of course, Mishmar Ha'emek is not immune to the lure of liberalization. The kibbutz is having discussions now about changes to its cafeteria, where members are served three meals a day, on the house. But in the end, the biggest challenge to the way of life here may be indirect. Running a self-sustaining kibbutz requires a careful balance between giving members the freedom to do what they want and filling jobs that maintain the daily operations of the commune. The first goal requires the kibbutz to create lots of high-skilled positions or let a growing number of members work off-site, which can undermine the sense of community. Increasingly, meeting the second goal has meant bringing in salaried workers to do jobs that members do not want to fill, such as working in the cafeteria.

This trend runs counter to the socialist ethos of building a community where everybody's work is equally valued. At the same time, it highlights a final factor that has kept this kibbutz more traditional than many others: ideological pragmatism and a knack for teamwork that allowed a small group of socialists to make it big in the world of capitalist business. More on that in my next post.

Danke für Ihren Besuch. Bitte weitersagen! / Thanks for your visit! Do spread the word! Please also follow us on Facebook , Twitter & Yahoo! For English version please use Google or other translation tools / Feedback: daniel(at)danieldagan.com